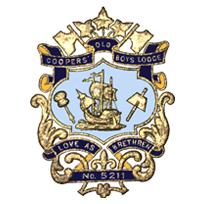 Freemasonry means different things to each of those who join. For some, it’s about making new friends and acquaintances. For others it’s about being able to help deserving causes – making a contribution to family and for society. But for most, it is an enjoyable hobby.

Freemasonry is one of the world’s oldest and largest non-religious, non-political, fraternal and charitable organisation. It teaches self-knowledge through participation in a progression of ceremonies. Members are expected to be of high moral standing and are encouraged to speak openly about Freemasonry.

The practice of freemasonry goes back many centuries. Its function and purpose was and is, to raise funds and undertake charitable work in the community. It does so in a self-effacing way without the glare of publicity and in this quiet way “modern” freemasonry has evolved from the early cathedral guilds most notably since the 18th century.

Qualifications required by candidates for initiation were not recorded, but throughout the history of “modern” freemasonry candidates have had to declare a belief in a Supreme Being to prove their strict moral worth. Freemasonry is not a religion, but it is a set of moral standards and behaviour which all members must practice or face expulsion. It teaches that happiness and good humour, by facing challenges and achievements, can lead to a more fulfilled and contented life, particularly family life. Until recently membership was open to men over the age of 21 but now, with special permission, candidates can be admitted from the age of 18.

Today there are about 200,000 freemasons in England & Wales with large numbers in Scotland & Southern Ireland. Worldwide there are approximately six million Freemasons. Freemasonry is one of the world’s oldest secular (non-religious) organisations. It is a society of like-minded men who meet in a fraternal and social environment and share a desire to give charitable support to the community.

In conclusion, a Freemason is encouraged to do his duty first to God (by whatever name he is known) through his faith and religious practice; and then, without detriment to his family and those dependent on him, to his neighbour through charity and service. None of these ideas is exclusively Masonic, but all should be universally acceptable. Freemasons are expected to follow them.

Cookies are very small text files that are stored on your computer when you visit some websites.

Use the slider below to see the different types of cookies you can choose to allow.

Drag the slider across to change your cookie settings

This website will:
This website will not:
Saving option...
Cancel Save and Close
Find out more about Cookies
For your new settings to take effect, this page will automatically refresh when you click "Save and close".